The girl beside me on my flight to Indianapolis is diligently plowing through her novel while I'm flinging folders, scrawling 'cross journals, cranking iPod volume up and down, chomping cashews . . . . I'm a poet! She quietly reads by lamplight, and I apologize for kicking my bag at her feet, unintentionally.

See
baby
its
the
wind

Sea
baby
its
the
wind

C
BAB
its
the
wind

If you're around Baltimore and hate poetry, come here (B'More Poetic) and spit on poets. If you love poetry, come and punch out the spitters. 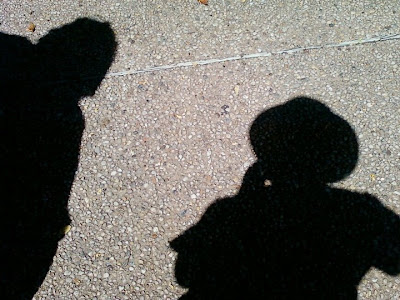 No comments:
Email ThisBlogThis!Share to TwitterShare to FacebookShare to Pinterest
Labels: Photography, Poetry

Bobby Jr. was always prepared for mind control by keeping his hands in his pockets. He was in Grand Central when a man walking around the terminal gave a command and everyone, I mean everyone (including himself), raised their hands. So Junior was always prepared now.

Last week I asked him, “How do you eat?”

Such discipline at 5-years-old! I can learn a lot from him, I thought, and with that in mind I asked my brother if he’d mind if I took Junior to the park this Sunday. To my surprise, Junior brought a football.

He shrugged and handed me his umbrella. It was sprinkling a little, but Bobby Jr. preferred this. Fewer people. If he missed a catch, he’d wipe the ball on his chest, toss it, and then put his hands in his pockets.

“Not everyone’s interested in mind control, bubba,” I said.

“But better safe than sorry?”

He shrugged. On the long walk home, the sprinkling turned into slanting rain, and my umbrella was too high to cover him. He asked for his. I didn’t mention the obvious and handed it over. How taxing it must have been! People running the sidewalks, dog walkers, puddles, rivers in the gutters. What focus! I had many questions, but with all the commotion, I thought it best to allow the little guy space. The way his galoshes navigated the obstacles—he could have been blindfolded! A work of art! Man! if I could have recorded it, the whole family would marvel together after thanksgiving dinner.

Finally back at my brother’s, I was excited to tell about it when Junior handed his umbrella to Robert and walked up the stairs without his hands in his pockets. I forgot all my exclamations and just watched till Robert said, “Bubba? You don’t have your hands in your pockets.”

He mumbled what sounded like “amen” without looking our way and walked up the stairs.

“What did you guys do?” Robert said.

“We just played catch and then hustled back here when the rain hit. It was coming down hard and Junior wanted his umbrella because it was slantwise and mine was so high, you see?”

“I’d never seen anything like it! Like a tight-rope walker—with such grace he negotiated the potholes, cobblestones, the dogs. All the while, maintaining his crazy focus . . ..”

“So that’s why he wanted his umbrella?”

“Hell if I know, but he knew he’d keep his hands out of his pockets today.”