I'm interviewing the performers and rabble-rousers of Kick Assonance because they and the event are fun. Please find the most generic and absurd interview below.

Who?
Leslie "Oh My" Goshko

What?
Comedian, hypochondriac, lover of tube socks, and host of Kick Assonance!

Where?
In the cracks between your dreams. Wait, those would be nightmares. Never mind. New York!

When?
In the year of our Lord and Reality TV programming.

Why?
Because my parents were bored one night and Colombo was a re-run.

How?
With two fingers of whiskey. 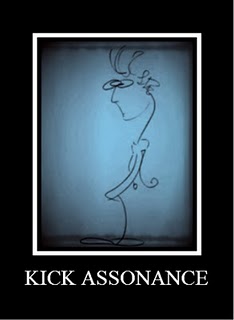 *okieinthecity may become a cocktail. Seriously. 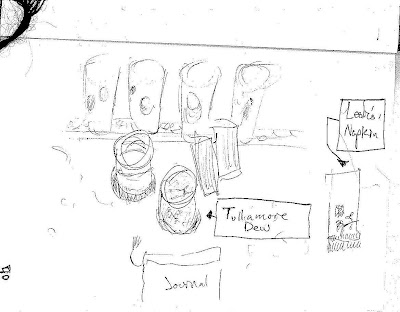 Okie in the City 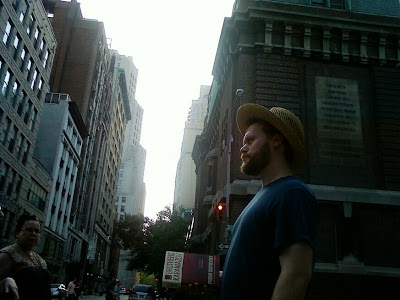 No comments:
Email ThisBlogThis!Share to TwitterShare to FacebookShare to Pinterest
Labels: NYC, Photography

cup partially
covers head and
neck of 40oz bottle,
only dust
free cup
outside
pile of others
near the entrance
of manhattan where
the b train enters
is dives into from the
sky into darkness
(hell) of workaday
workaday workaday... 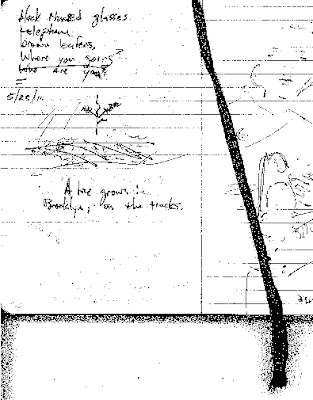 Man, well groomed, enters, sits and talks to ungroomed young man, standing on R train, who enters with him and replies.

"I ain't got the tickets. I forgot 'em. They ain't here," sitting man says.

"I ain't got 'em. Ah! here they are." Holds up waded plastic bag he'd been holding since entering the train car.

"You need that receipt?"

"No." Sitting man removes pink tickets from bag. "Peddling in front of an entrance. That's not you. That's not you. You were to the side where I put you right? You weren't directly in front where the people come and go, right?"

"I told you the cops would come there, didn't I?"

Sitting man stands, and they exit.

Somehow we age a decade every year in New York City and are never the wiser.

When a person turns away from me, the silence begins and anxiety fills it -- the faceless void is filled with pain. But what's worse is the sound of faces, of the multitude of faces brashing against me for every single second I'm on the street. Give me the void and my anxiety! accompanied by comforting nothingness and nightmares -- a cozy fireplace within which I'll become ash. 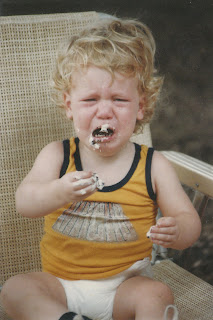 When I asked him to hold The Collected Poems of William Carlos Williams, the Borders sales clerk laughed and said, "Okay, but no body's looking for him, man."


It's difficult to assess the volume of jazz when listening to the phono alone.

I'm always thinking of loved ones, and I love so many. I recently had a hierarchical list of friends in the back of my pocket journal, which I amended over time till it was just composed of family. But everyone, blood related or not, was family -- and the list void.

Who should I write to now?

Paw-paw. First is first. Oh, then that'd be Mutti's mother, whose name I shamefully can't remember but want to call Alpha. I'll call her Great Grandma.

Were you there when your daughter was killed in the car accident on her way to church on that dark Missouri farm road? I wouldn't have been. If God himself couldn't watch his son die, how can we? Yet we do.

You died after having lived for more than 100 years. For over a century you hung around here. And my only vivid memory of you is in Mutti's kitchen. You both had such strong hands, she in her 50's, you pushing a century. I joke to Nic that I've moved to New York and lost my stone mason's hands. I don't know if I ever had them. Leslie says they're artist's hands -- she's nice.

You're now over 120 in Earth years and I'm talking across the plane of existence about my hands!

When I wrestled competitively, my Dad, Paul (did you ever see him wrestle?), told me to strengthen my grip. For if you can hold him, you can control him. Maybe that's why they're weak. I don't care to control anyone.

Okay, enough of me for a bit. What's it like where you are? Is it all nice? The Bible speaks of mansions and gold streets. Buddha of Nirvana. Rilke of beauty. It doesn't matter to me. There's enough hell and heaven on Earth for me to be content in something a pinch more placid. Here I am talking again. If I knew how to tune my ears to your frequency I would listen. The truth the dead know . . . . Don't think I could bare it, honestly. So let's scrap all that and say I'm speaking to the earth and what's left of you in it. That still works for me. Dirt is as noble as anything else.

Your daughter, my grandmother, was, is, marvelous. She once took us boys, me, Adam, and Nic, for a hike through our newly purchased 60 acres. It was untamed to say the least. The paths up the bluff were fine, and we three were rambling behind her about nonsense of pre-pubescence till we reached the top. Then we were all quiet as she navigated the thorns and thistles ahead of us. It was a typical Oklahoma summer, hot. We had short sleeves and shorts, and Mutti, as always, was in flannel and jeans. How did she never burn up?! Mom once laughed when I referred to her as cold blooded, meaning cold natured. So there we were in the Amazon of Oklahoma, trying not to whine because she never paid that no mind, when finally, after years, we reached the fence, the end of our property. Dad was brush-hogging the neighbor's pasture for a better view of our land from the lake road. Was he paying the mortgage? He almost laughed out loud upon seeing our bloody limbs and red faces breaching the brush and walking, calmly, we were boys wanting to be men after all, out to his parking the tractor. Mutti was in heaven. She was delighted to be outside with son and grandsons. That was it. Outside with family was all she ever needed to be in heaven. I hope you two are picnicking now without the flies buzzing 'round your potato salad.

If only I could simultaneously consume two books with respective eyes...