Okie in the Literati

I just read and loved Gerald Howard's essay, Never Give an Inch, in the latest edition of Tin House. It's about the class divide in contemporary American authors, specifically the lack of working-class American authors and fiction.

Howard mentions that an author's bio used to contain the many jobs of his past, illustrating that he had been around the block and knew what he was writing about.  Now an author's bio lists his degrees, universities attended, and the prestigious lit mags in which he's been published.  Ivy league schools, which are economically difficult for working-class students to get into,  produce the current authors, publishers, and editors -- and the divide grows. 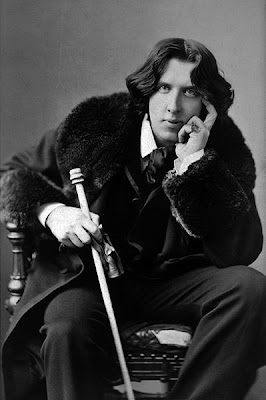 Oscar Wilde
Aside from just giving an accurate picture of the class-ism in contemporary fiction, the article reminded me of things I often consider as an aspiring author and son of a stone mason.

Are my affinities for T.S. Eliot, Dvorak, van Gogh, and ballet lessons genuine affinities or a striving to transcend my blue collar roots?  They're both.

On spring break of my sophomore year in college, I visited my brother who was working in Manhattan.  And I thought it odd that he had become more Okie than he ever was in Oklahoma.  His drawl was almost more Southern than Oklahoman, and he wore cowboy boots.  The only time I remember our wearing cowboy boots growing up was in costume. But I did the same after living here a short time, in fact I just bought two plaid shirts and wear jeans and labor boots to the office more than slacks and dress shoes.

Away from our Okie family, we both identified ourselves more with our roots as a way of amplifying an identity easily smothered by the urban masses. 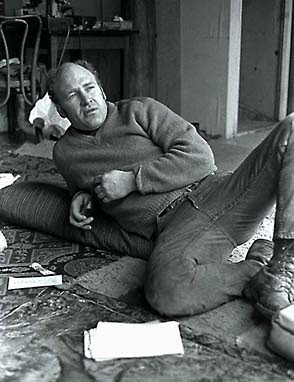 Ken Kesey
I also have a tug-o-war with writing for the people in their language and writing of the people in heightened language -- and there's a few monkeys dancing on the rope between. Can I write in heightened language? Who is that for? No one reads poetry but poets and academics, anyway. When the poets, the seers of society, can not relate to the working man, how well can they see?

I jump back and forth in what I read, too, primarily reading classics, literary fiction, and poetry -- and comic books.

I first started this blog with an entry, Scents of New York, and other early entries that reflected my honeymoon with NYC.  Readers commented on the novelty of the NYC experience, but more often connected with my later posts about family and my Oklahoma anecdotes. This leads me to my crux: should I write about what is novel, literary, and intriguing, or about what I'm connected with? Both, but I hope the latter always takes precedence.