My blog dashboard just informed me that my last post was my 100th.  Cool.  To celebrate, my high school self will perform a big hair dance. 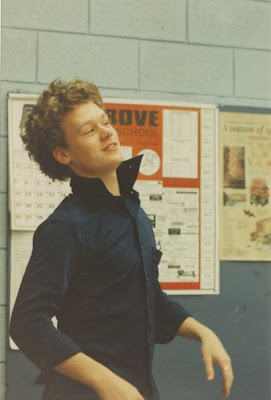 Housing Works, one of my favorite places that I rarely come to in the city -- books, coffee, hardwood floors, high ceiling, balcony, small wooden chairs and round tables . . . over stimulation of nostalgia and loved ones everywhere:
Amazing/eerie vibe of life collage in scene, as in a dream.

yes, I still write these things

I want to dance the
rainy Brooklyn sidewalks, lead the
bums and misfits into a choreographed
showtune of puddle splashin',
lightning lighting, thunder percussion --
spin off the walls and wail into
the lamp posts I'll tie his shoes and he'll spit
shine mine . . . then, an arm-and-
arm street-funk shuffle, by couples,
'cross the Brooklyn Bridge
-- small lighted
globes on girders are the only stars in
the galaxy of soft-shoe stutter-step
into Big Town . . .

Baby baby baby it's gonna be
a long night of kiss and squeeze --
straight to hell, and OH the
happy Persephone parade . . .

-- all hidden eyes blazin' with glow of
ocean --

*sound of wave crashin' . . .
whatever the sound of ideas, people (water?), and
bloody hearts upon
pavement (stone hearts) sounds like*

What Poetry Does to Your Face 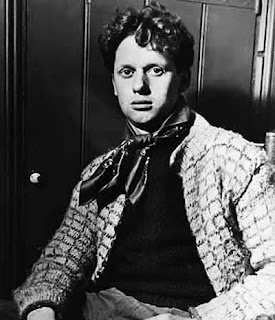 *You're right, it's likely the booze.