Here is an excerpt of a letter to a poet friend.

In the 1949 introduction to William Carlos Williams' Selected Poems, Randall Jarrell mentions that TS Eliot's Four Quartets is "probably the best poem of our time." He goes on to make several comparisons between Paterson and Four Quartets throughout the introduction, in fact he spends a good portion of the intro talking about Paterson -- Selected Poems only has a very silly small section of Paterson.

WCW is one of my favorite poets. I bought Selected Poems over four years ago, and though it's probably the worst way to read WCW's poetry (his cannon all chopped up and jumbled together), every time I come back to it feels like coming home. Pictures of Brueghel was my favorite book of his before I read Paterson, I've just never fucking bought it for some stupid reason. What Dave Matthews once said about the Beatles aptly describes how I feel about WCW's poems: "How do they make these perfect little things?"

Not the least of the many things I like about him is that he always has his feet on the ground. His hands are bloody. His poetry is in the organs of things. Eliot somehow delicately pin pricks the Spirit down onto cork board; WCW's poetry is in the soul and intestines. 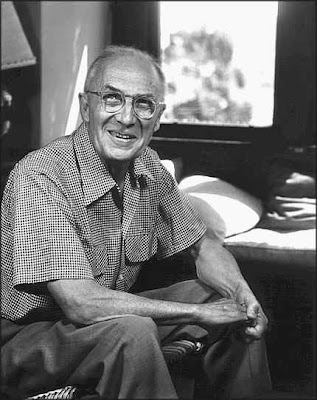 I'm not extremely well read in poetry (I'm more immersed in it than anyone I know -- likely aside from you), but this 230 page poem is the greatest treatise on the creative mind I've ever read. His intention was to "use the multiple facets which a city presented as representations for comparable facets of contemporary thought thus to be able to objectify the man himself as we know him and love him and hate him." He does this. But while doing it, he creates a model of the mind itself that can only be represented in poetry. I think this turns me on most. You can't make a movie of James Joyce's Portrait of the Artist as a Young Man, and you can't do anything else with WCW's Paterson. It has to be poetry.

Another thing I dig about Paterson is any section can only be completely experienced (and I do mean "experienced" and not "understood") within the context of the whole. Reading sections is a waste of time. And sometimes you have to read 30 pages before you understand a single reoccurring line. It's very much like the mind.

I've rambled for a bit and feel as though I never said what I wanted to say. But anyway. If/when you read some of it, let me know. It's by far one of the greatest books I've read. I'm almost finished with it and look forward to reading it again.