I used to work as a shuttle driver for a parking garage at Tulsa International Airport where, everyday, Jesus would careen into the parking garage, often literally squealing the wheels of his dilapidated cargo van, honking the horn and yelling "Last call! Last call! Last call!" out his window. He'd park in the valet lane, jump out of his van -- juggling a small ice-chest, a ketchup bottle, and a few Wendy's disposable condiment cups. Then he would whistle as loud as possible -- his screech bouncing and echoing throughout the concrete garage.

Jesus sold burritos. He was Mexican. He was about 5'6" and maybe weighed 130. He was always moving and always yelling and always throwing burritos at people, or, if he was sold out, he wasn't around.

When Jesus arrived at 10:30 a.m., almost every employee wanted a burrito, because, on first shift, we had already worked four and a half hours. And Jesus' cheap burritos could tide us over till we got off work at 2 p.m. We communicated by radio at the garage, and whenever Jesus roared onto the lot, you'd hear a variety of Apocalyptic codes whispered through your two-way: "the Messiah has returned," "He's alive," "it's the Second Coming," or simply "Jesus is here." These were spoken for the drivers at the concourse, because anyone within half a mile of the garage already knew this.

Once, I was the last shuttle in line to pick up customers on the lot and had turned off my two-way to listen to the crescendo of Barber's "Adagio for Strings" coming over the radio. It was the first time I'd ever heard it. I had the volume up almost to capacity and was transcending time and space, when I looked up and saw drivers ejected from their shuttles. In high contrast to my meditation, the drivers were ammunition, blasted out the long-side doors. "Jesus is here," I thought. Luckily I had written down the composers name before the adagio began, and jumped out of my shuttle as well.

All the children were running to Jesus.

As I approached I could hear his usual liturgy that he never tamed, even for the few women that worked there.

"Shit! How many? I don't have no goddamned chicken. The assholes (translation: policemen) at the station cleaned those out. You want Jesus Juice? I said no fuckin' chicken!"

Jesus Juice was his own recipe of habanero sauce that he kept in the squeezable ketchup bottle. If you said yes to Jesus Juice, he'd fish a condiment cup out of his chest pocket and fill it up. He tossed small burritos wrapped in wax paper, all the while yelling at everyone. He yelled "last call" from the time he arrived till he left. If he was in a good mood, he'd tell you one of the nastiest jokes you've ever heard, again, regardless of the presence of women.

I only saw him in a bad mood one time. I was smoking a cigarette and standing next to my brother who was working the dispatcher booth at the entrance of the lot. It was a slow, cold Tuesday and traffic was dead. Business came in waves and you could never take a decent break while working at the garage, so I took advantage of slow times by walking around or talking to coworkers. Jesus liked my brother and would often talk to him about too many things, which didn't bother my brother who loved to talk. We were standing and chatting about nothing when Jesus came rolling in.

"Hey, Jesus," my brother said, "you alright?" He looked the same to me, but I guess my brother could sense something different.

My brother and I couldn't help but laugh, and Jesus sped onto the lot. That was it.

Like most depictions of Christ Jesus on film, Burrito Jesus behaved in the same manner whether he was happy, sad, or pissed. But Burrito Jesus was just tempered, rather than even-tempered. Regardless of his money problem, he still screeched, squealed, tossed burritos and yelled profanities at his children as he blessed them. 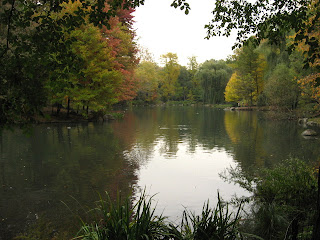 Out of all the people I've known in my life, there is not one man that I can say was earnestly devoted to a single cause, but for my grandpa. He was my grandpa, but I always knew him as "Pawpaw".

He was born in a small town in Mississippi and grew up in relative anonymity. When he died, around 1,000 people came to his wake and over 500 people from around the world attended his funeral in the middle of nowhere-Grove-Oklahoma.

There is so much that I could say about him that I don't know where to begin, so I'm going to start rambling and hope I reach the coherent thought that I had wished to convey when I thought of this blog.

When I was a sophomore in high school, I cheated on a vocabulary quiz in Ms. Derwin's Honors English class. She caught me cheating and asked me to step outside. I stood there sweating and thinking of how I was going to explain this to my parents when she opened the classroom door and joined me in the hall. The locker-lined-hallways were quiet but for my breathing until she opened that door. I gasped and, then, held my breath. Ms. Derwin's blue eyes beneath her dyed red hair looked up to me through her thick, wire-rimmed glasses that accentuated the lines under her eyes, creased from years of dealing with dumbshits like me. She began her lecture by saying, "Kyle, your family has a reputation in this town." I thought, "What the hell does my family have to do with my cheating on a 20 point quiz."

Now I know. Derwin's speech has stayed with me for 12 years. (I should call her and tell her this. Teachers don't get enough credit.) What she was trying to convey to a wiry, barely post pubescent Kyle, was scripture: A good name is better than fine riches.

I joke and say that my family is the mafia of Grove, Oklahoma. I joke, but it's true.

When Pawpaw started Grove Christian Center 30 years ago after being kicked out of the Baptist church for his radical beliefs, he began his legacy by only saying "yes" when he meant "yes". And Ms. Derwin was telling me that I should consider that while I hid my cheat sheet underneath the vocabulary quiz. My family had a reputation.

Pawpaw was a terribly fun guy. He would harass me until I cried when I was a kid, and he would race me around the "sanctuary" of our church while my grandma yelled at us when I was approaching adolescence. He told me that he didn't have a fat belly like me when he was my age after I had gained weight from college, and called me "buddy" after I was married.

His navel was directly attached to the uterus of God. He felt the words he needed to say to you and said them, regardless of whether or not they were what you wanted to hear.

It's been a year and a half since my dad called to tell me that Pawpaw stopped breathing after being removed from the respirator at 5:05 p.m. on May 9, 2006.

I still feel like he'd answer if I called him.

I still feel like he'll pick up and say, "Hey, buddy."

I'm writing this while sitting on a lawn chair in my studio apartment in New York and wearing Pawpaw's hat. Pawpaw liked his hats. He continued to wear them as they went in and out of fashion. He had many hats for many occasions -- fedoras, cowboy hats, baseball caps, straw hats, Russian hats, leather hats, felt hats, biker hats. I have this one:

I cherish this hat. Not just because my grandpa wore it or because it reminds me of where I came from, but because it fits.

Pawpaw had a big head.

He had a big head and a small chin, and my grandma says that he looked like James Dean when he was young. I'm happy that my head is big enough to wear his hat. This is not a metaphor but simply a matter of fact. If his hat sunk over my ears or if it wouldn't lower over the crown of my head, I couldn't look like a fool as I wear it around the streets of New York where I'm surrounded by the chic natives. I'm happy that this hat fits because I can comfortably wear the hat of a man whose life was bigger than life.

Pawpaw said that his kids didn't have to worry about receiving an inheritance because he was going to give it all away. And he did. He gave his life, time, family, and money to Christ. The Hondurans, Russians, Africans, Americans, Filipinos, Mexicans, and Okies that stood around his casket as it was lowered into the ground were witnesses of this.

But he's not. He's wearing this tattered straw hat and typing this blog in this tiny New York apartment. And he's happy his hat still fits.

Lost in the Park

I told this story to coworkers who thought it was more tragic that I wore uncomfortable shoes than the fact that I was lost for over an hour in Central Park. I can see their point.

Happy to promptly leave work at 4 p.m.
despite my wearing imitation patent leather shoes with flimsy soles and hard plastic coverings
I decide to stroll through the park until I reach 8th Avenue where I can grab a train home

The paths expand and contract along baseball fields, streets, ponds, gardens, streams, out-houses, hills, and a soccer field (actually, a makeshift soccer field with orange, plastic cones on either side of home plate
where a lone, big-breasted girl stands in white shirt and black shorts among
20 thin boys, dressed the same but without a convex chest, who line up and
kick a pitch to the goalie)

Bums prostrate in reverence of the mass of blue sky

Cooler winds brush my face and the reservoir opens in front of me, an expanse of silence, noone/nothing but ducks, a trail of dots, slide over the blue
then the sound of joggers feet on gravel approach from behind

I'm at the MET
On the East Side
Far from 8th

I glance at my watch, 4:40
My feet are not hurting too badly so I attempt another jaunt through the park

In shirt, slacks and cheap shoes, I'm the only person with disheveled hair and a beard in sight
Wait,
There's a bum!

I take the 6 and
catch the East Bound Crosstown and am at 1st Avenue before it registers . . .
jump off and catch a West Bound
My card doesn't work but the driver swings his head toward the rear and
I sit in a seat reserved for the elderly
but quickly move . . .
I don't want to involuntarily move again